*    1 in 3 girls who have been in a serious relationship say they've been concerned
about being physically hurt by their partner.

*    1 in 5 teens who have been in a serious relationship report being hit,
slapped or pushed by a partner.

*    In a study of gay, lesbian, and bisexual teens, youths in same-sex
relationships are just as likely to experience dating violence as youths
involved in opposite sex dating.

Dating abuse (also known as intimate partner abuse) is a pattern of controlling behaviors that one partner uses to get power over the other. It includes:

People know that dating violence has a negative effect on the victim and the longer the abuse continues the more negative the effects and the harder it is to get away.  Talk to a counselor, teacher, parent or trusted friend.  Remember, you are not alone and help is available. 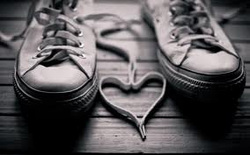 Do Something
Cycle of Violence
National Center to End Domestic Violence